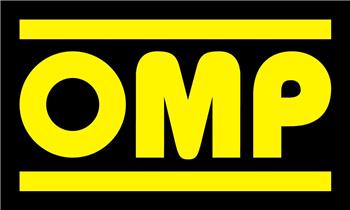 The racing spirit has been part of the Percivale family since 1973 when, in a small town near Genoa, Italy, Roberto, Claudio and Piergiorgio began to manufacture roll cages and racing accessories for their own racecars in order to gain a competitive edge over fellow competitors. OMP flourished under Percivale ownership up to 2008 when the company sold to the Delprato family. Now in its 39th year, OMP looks to rise to the forefront of the racing accessories industry, and has added several new and different pieces to its widely popular racing line, including the OMP Sport line along with a new segment of lifestyle racing wear for impassioned enthusiasts looking for the very best gear on and off the track.

Today OMP Racing is one of the world’s leading manufacturers of racing safety equipment and tuning accessories with a catalog of over 3,000 different items. Operating from a technologically advanced 80,000 sqft facility in Italy, OMP products are renowned for its quality, the meticulous attention to details that is constantly challenged by setting higher standards.

The close relationships OMP developed through the years with the most celebrated race teams and drivers in Formula1, IndyCar, Grand-AM, ALMS, WRC, WTCC just to mention a few, has been an essential part of OMP’s research and development process which is considered to be the most advanced in the Industry. All OMP’s products are engineered, developed and tested to achieve the highest level of safety, quality and design. OMP’s severe quality control standards are UNI EN ISO 9001/2000 certified and rated by the most important International sanctioning bodies such as FIA, SFI & SNELL.

OMP America, the Company US subsidiary, is a long-cherished wish of the company in order to provide real-time accessibility and support to our US distributors and consumers.